Ensure the safety and legal compliance of your food products

Natural toxins occur naturally in living organisms. These toxins are not harmful to the organisms that produce them, but they may be harmful to animals or humans when they are ingested through food. Natural toxins have different chemical structures and are unique in their biological function and in their degree of toxicity. Our portfolio of services includes the following: Mycotoxins are chemical compounds produced naturally (non-anthropogenic) in the secondary metabolism of some fungal genera. The most important are toxins produced by moulds of the genera Aspergillus, Fusarium and Penicillium. Some unprocessed foods are susceptible to mycotoxin contamination and contribute to mycotoxin exposure such as: cereals, oilseeds, fruits, vegetables, nuts, dried fruits, coffee beans, cocoa beans and spices. Many processed foods represent a possible source of exposure to mycotoxins because they are not destroyed during this stage. These include cereal-based products (bread, pasta, breakfast cereals, etc.); beverages (wine, coffee, cocoa, beer, juices); animal-based foods (milk, cheese and some meat products), and infant foodstuffs. Tropane alkaloids are secondary metabolites that occur naturally in several plant families, especially in the genus Datura. Datura stramonium seeds are not easily removed from sorghum, millet and buckwheat by sorting and cleaning. Therefore, these three cereals and their derived products, as well as processed cereal-based foods containing them, may be contaminated with tropane alkaloids. Pyrrolicidin alkaloids (PAs) are natural toxins, produced by the secondary metabolism of plants, as a defence mechanism against herbivores. Varying contents of PAs have been found from trace levels up to 19% of the dry weight of the plant. A PAs have a common toxicity profile, the main signs of which include varying degrees of liver damage (centrolobular hepatocellular necrosis) and veno-occlusive disease. In addition, the International Agency for Research on Cancer (IARC) has classified PAs as "possibly carcinogenic to humans" (Group 2B). European legislation regulates the presence of these substances (mycotoxins, tropane alkaloids and PAs) in food. It is therefore essential to control these substances to ensure that the products which might contain them are legally compliant and food safe. The presence of cereulide or emetic toxin is also a food safety hazard. This is a toxin produced by a bacterium, specifically Bacillus cereus. It is a thermostable toxin that cannot be destroyed by standard heat treatments. The toxin is produced during the stationary phase of the microorganism’s growth and accumulates in the food over time. Emetic intoxication, caused by ingestion of the toxin formed in the food, is characterized by acute nausea and vomiting.

At AINIA we give you value

Mycotoxins and other toxins

Our solutions include:
REQUEST PRICE QUOTE

How can I help you?

I agree to receive notifications from AINIA 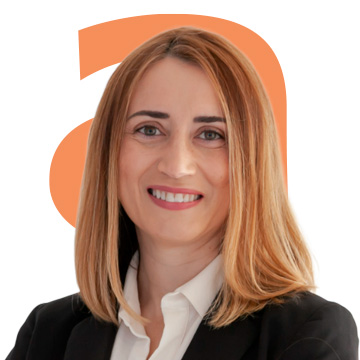